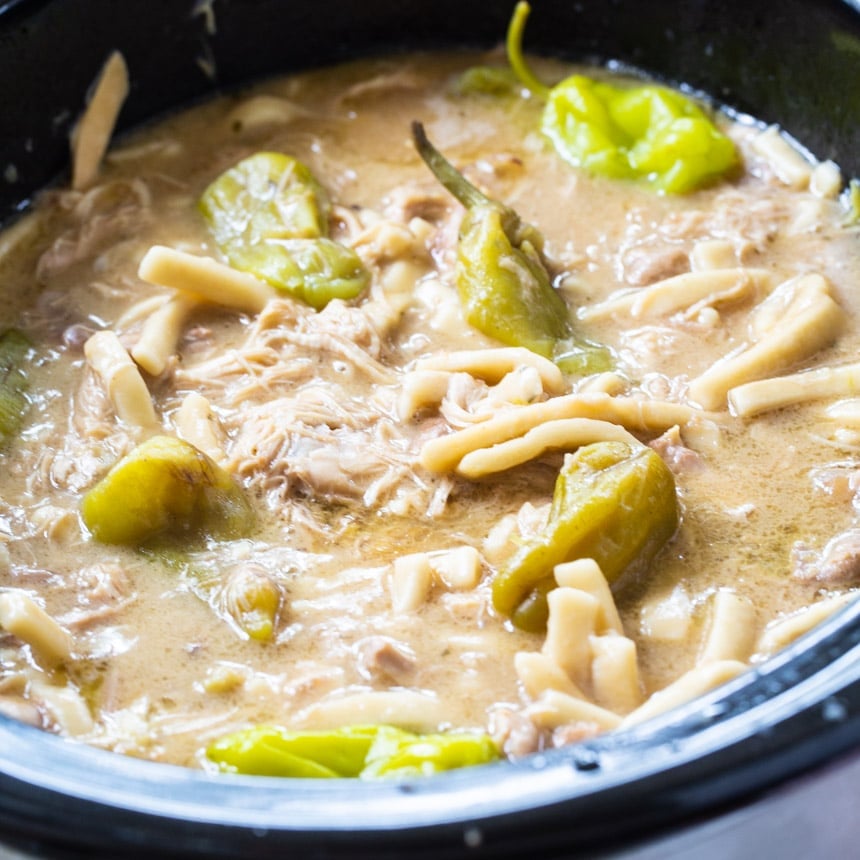 After 5 hours, you’ll shred the chicken and add 4 cups of chicken broth and the frozen noodles. Cover and cook on HIGH for one more hour. The starch from the noodles turns the cooking liquid into a slightly thickened gravy that is so, so tasty. 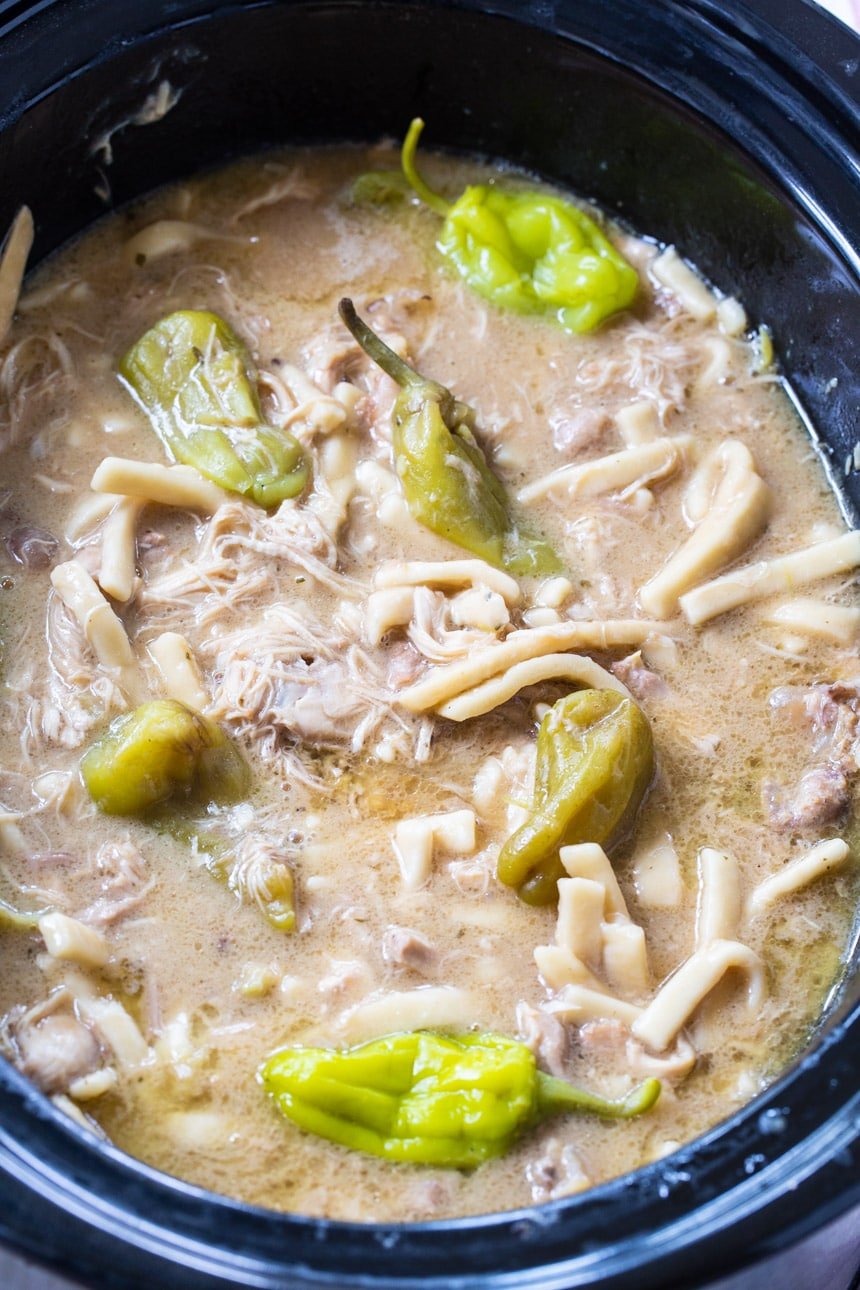 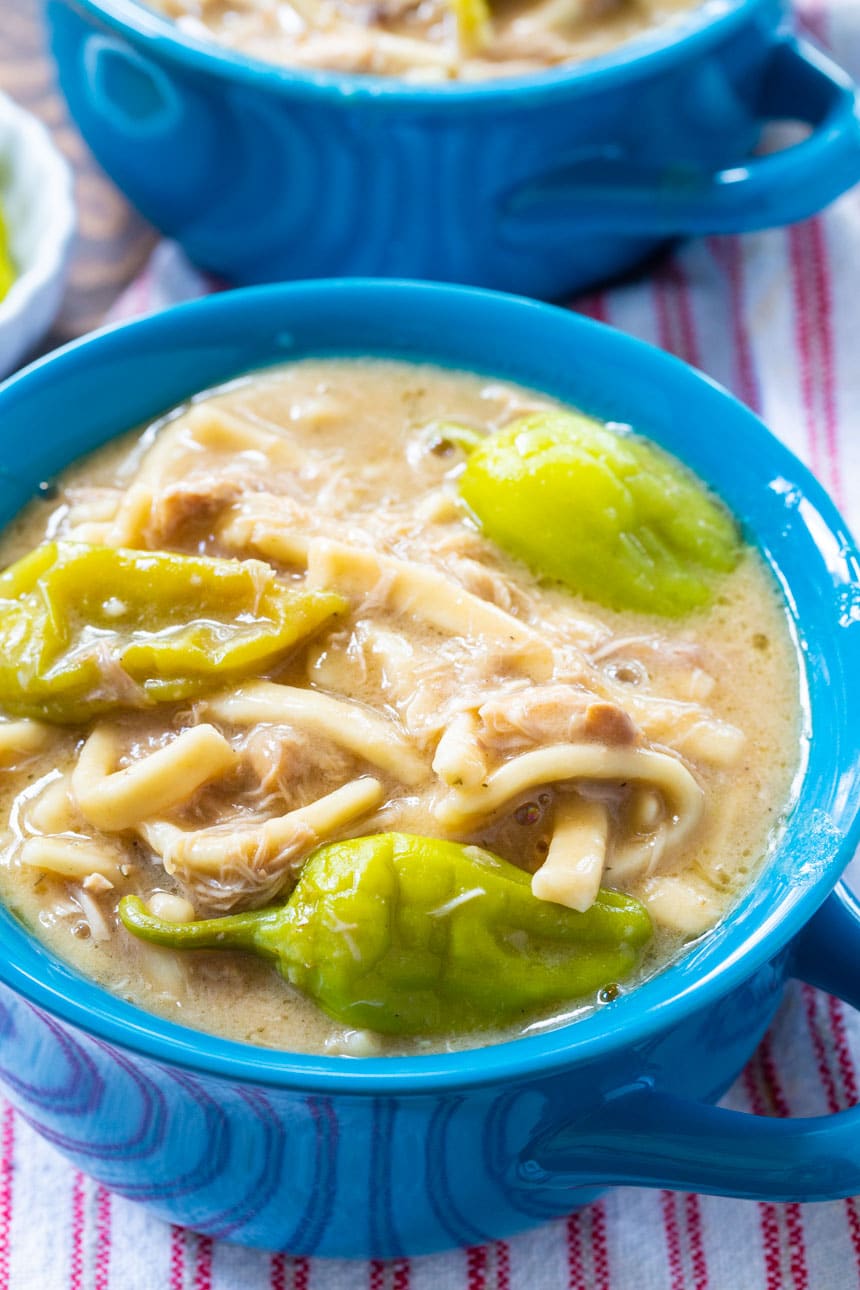 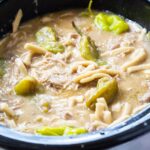 You can use skinless, bone-in chicken thighs. When you open the crock pot to shred the chicken and add the noodles, just remove the bones.