Jiffy Hush Puppies are the crispiest, lightest hush puppies ever. So easy to make with a box of Jiffy Corn Muffin Mix. 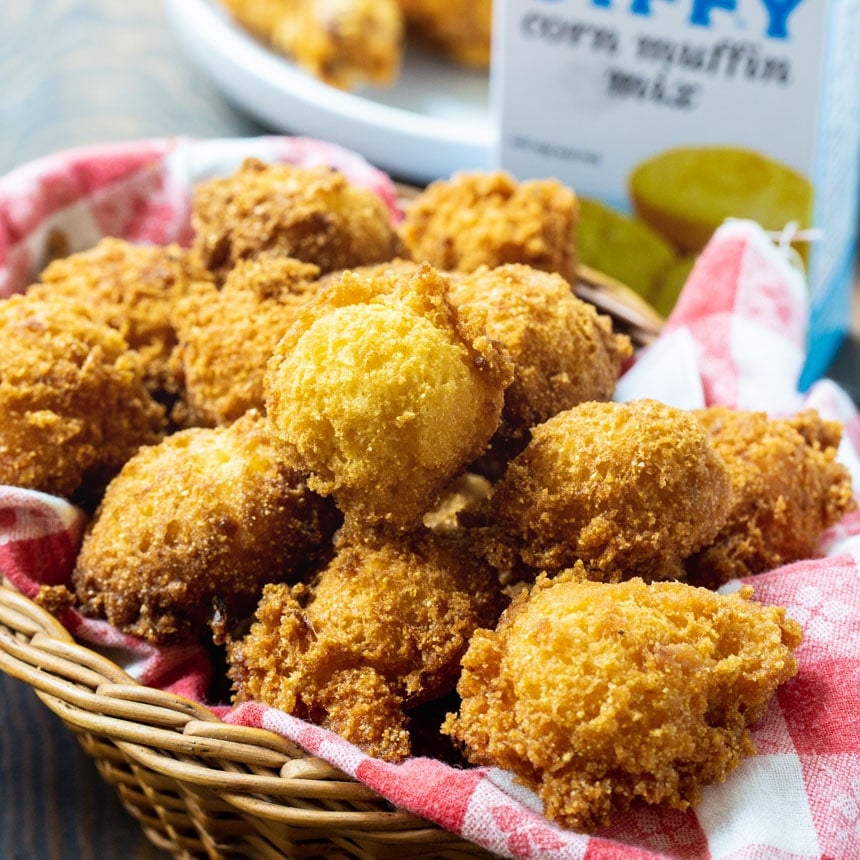 I always have boxes of Jiffy Corn Muffin Mix in my pantry. I love to whip up this recipe for the Best Jiffy Cornbread and a box of Jiffy also makes a great casserole topping.

Hush puppies are a southern staple and there are many different versions. Some people like them dense and without any sugar added. Others prefer a lighter, sweeter hush puppy. I prefer the latter and these Jiffy Hush Puppies are just that. They have a sweet taste and a fantastic texture. Ultra crispy on the outside and light and tender on the inside while still having plenty of cornmeal taste. 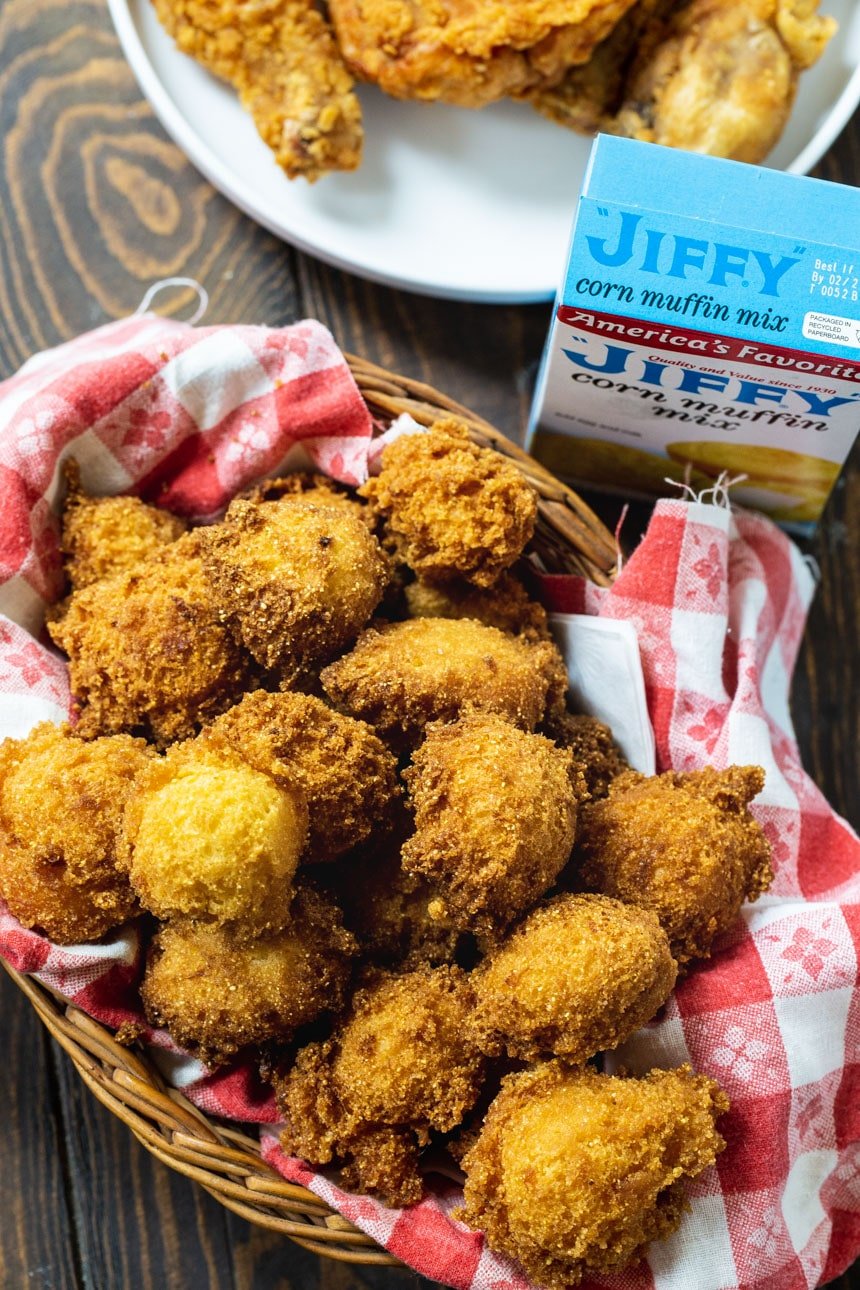 You can leave the cayenne pepper out if you want. Likewise the grated onion can be left out or substituted with 1/2 teaspoon of onion powder.

Be sure to fry the batter right after mixing it.

You can use either buttermilk or milk but I favor buttermilk. It gives the hush puppies a richer taste.

I like to fry in vegetable oil but canola oil could be used instead.

Use either a Dutch oven or a deep skillet. Cast iron is best.

Don’t make the hush puppies too big and keep in mind that the batter will expand when it hits the oil. When you make them larger, it takes too long to get the center cooked.

These hush puppies are best eaten right away. They will save for about a day but lose their crispness. 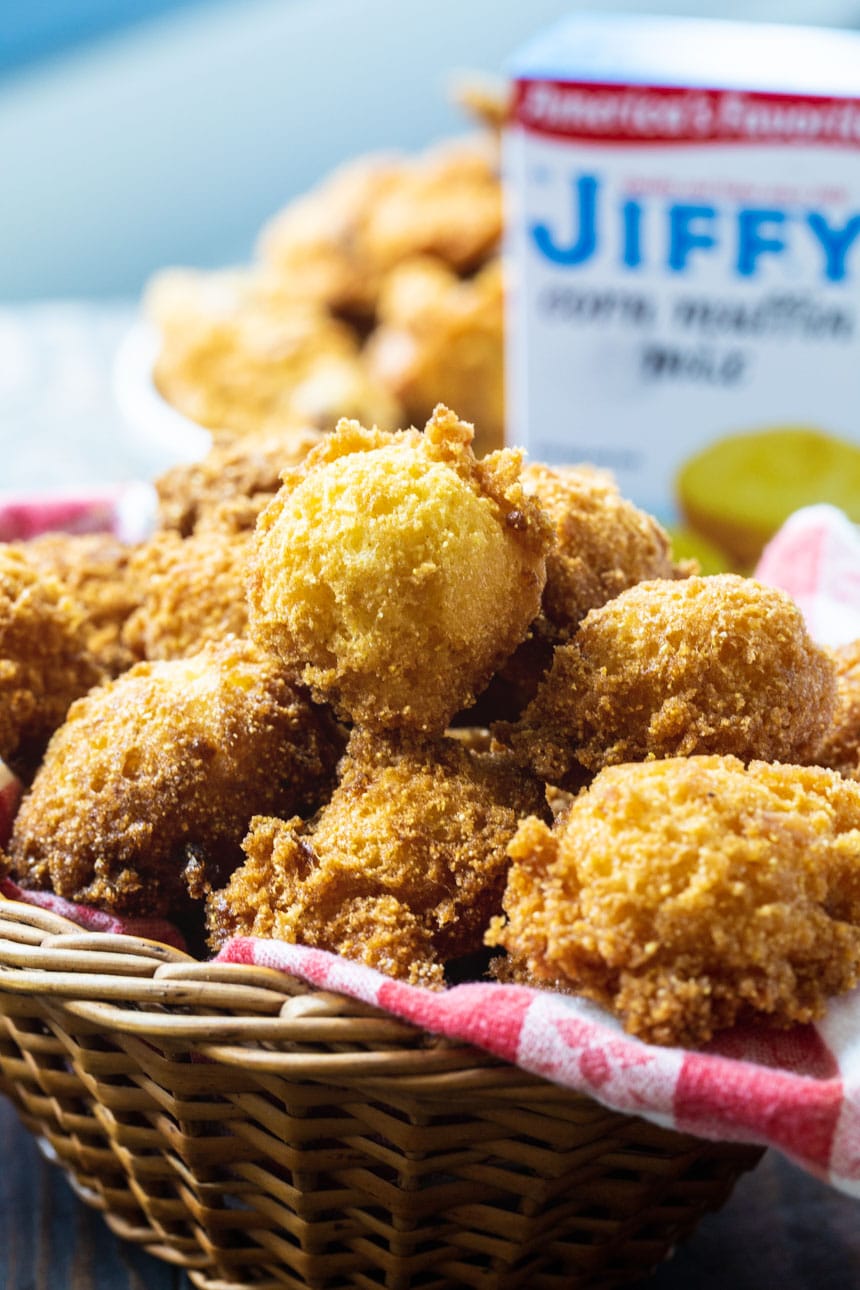 Try These Other Hush Puppy Recipes: 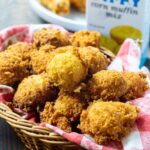 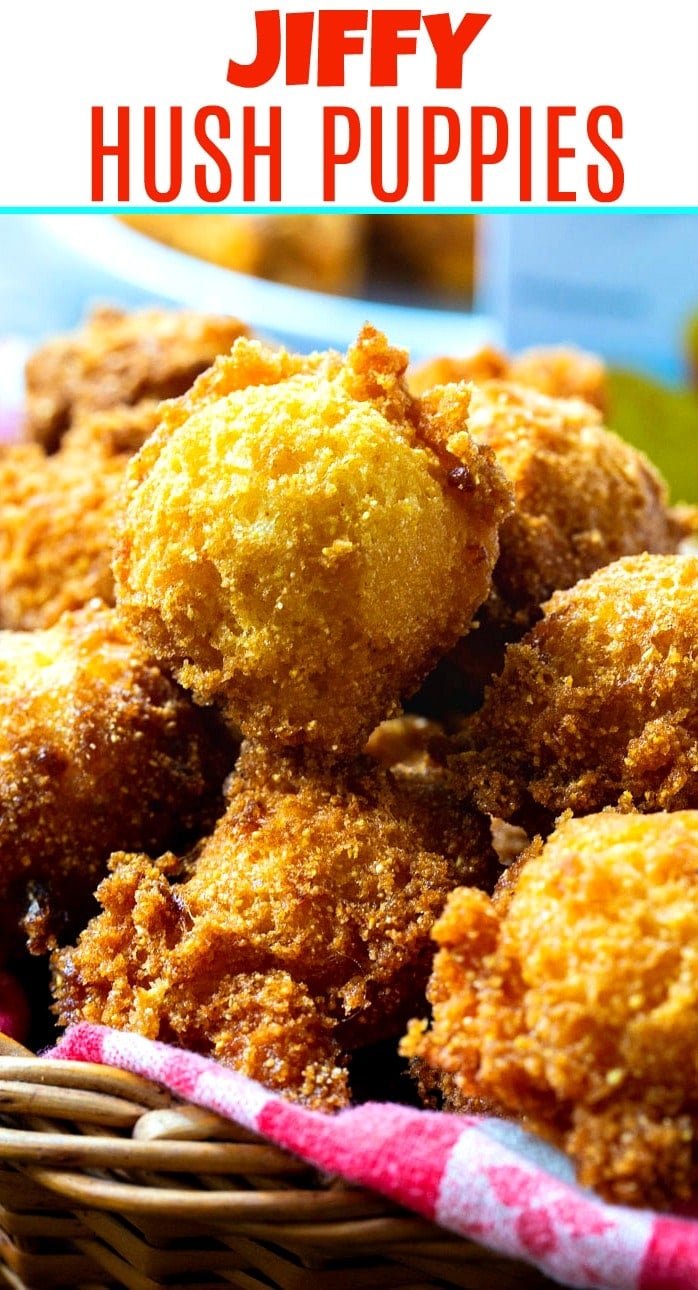