Sally Lunn Bread is an old-fashioned southern yeast bread with a little sweetness. Baked in a bundt pan, it looks like a pound cake, but definitely has the flavor and texture of a yeast bread. 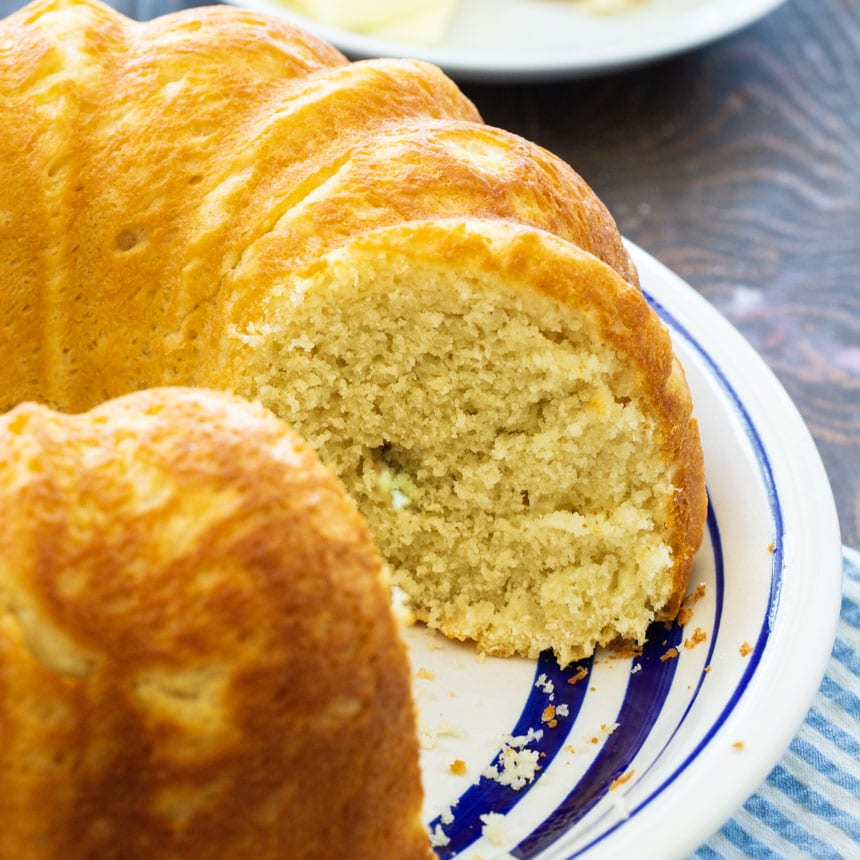 Tastes great served with lots of butter or jam or marmalade. Stale Sally Lunn Bread makes fantastic French toast. Sally Lunn Bread dates back to the 1700s and its origin isn’t entirely clear. One story is that it is named after am 18th century English woman from Bath. Whatever the origin, it is a bread that has stood the test of time.

Sally Lunn Bread is not only one of the most delicious yeast breads you will ever taste, it is also one of the easiest. No kneading required. This easy bread develops a golden crust and the interior is wonderfully light with a slightly sweet yeast flavor.

This bread can be made from ingredients you are likely to have on hand. 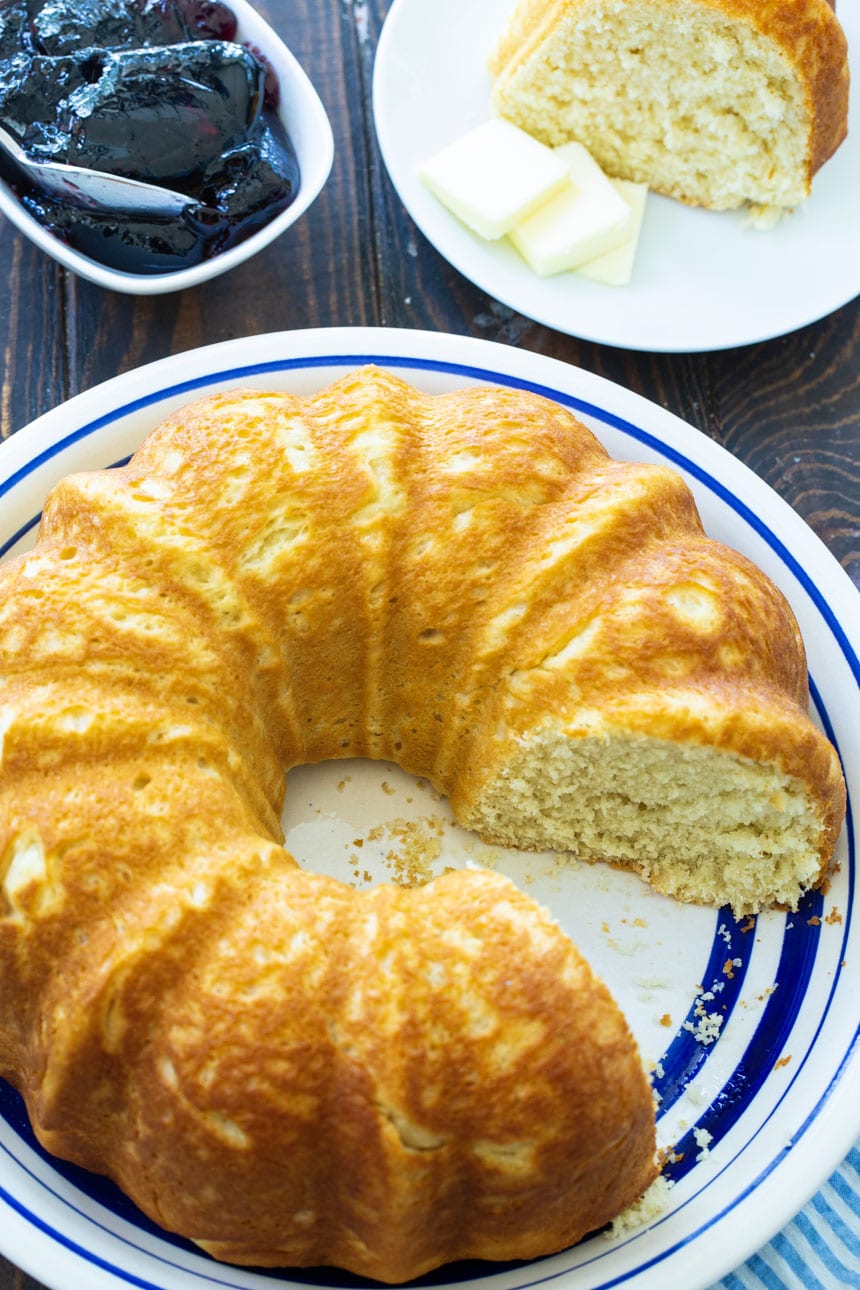 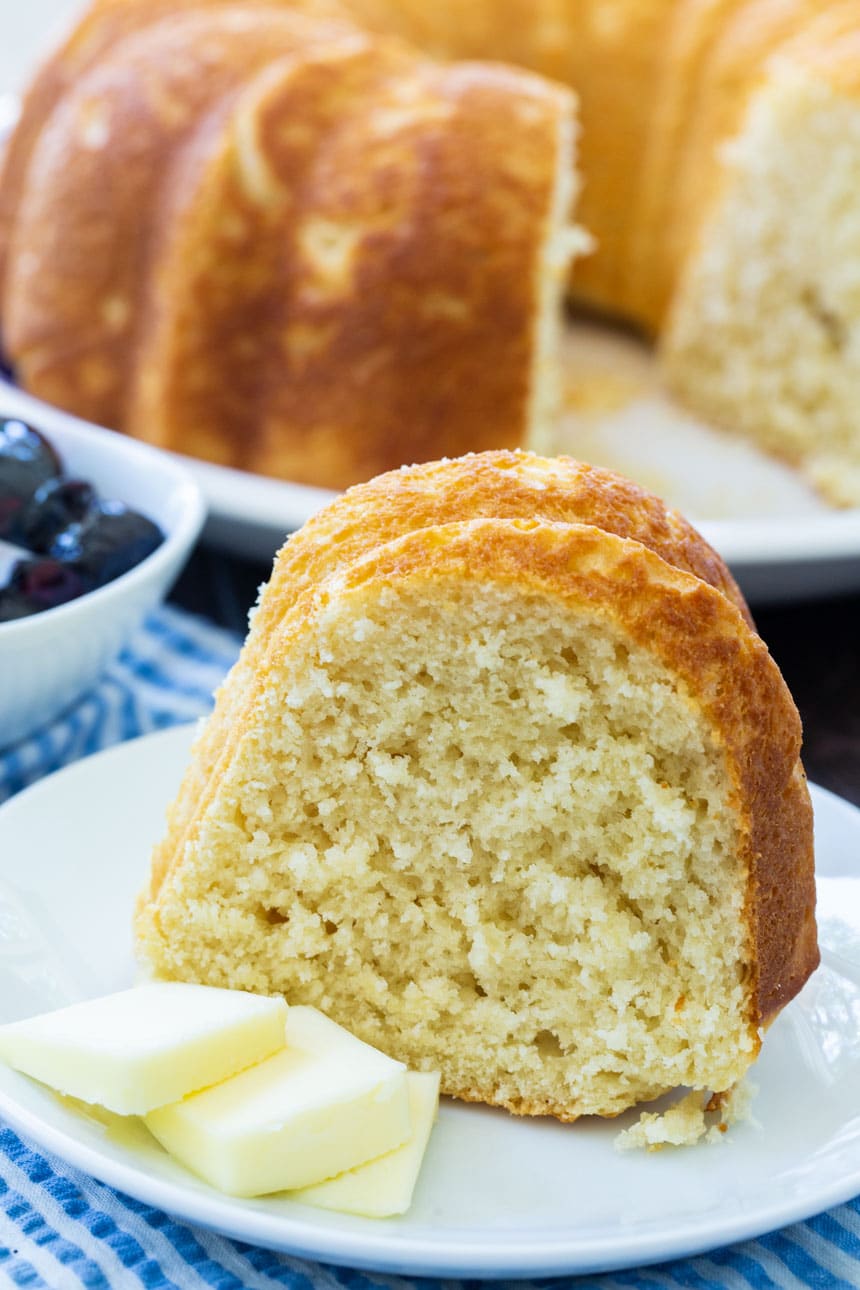 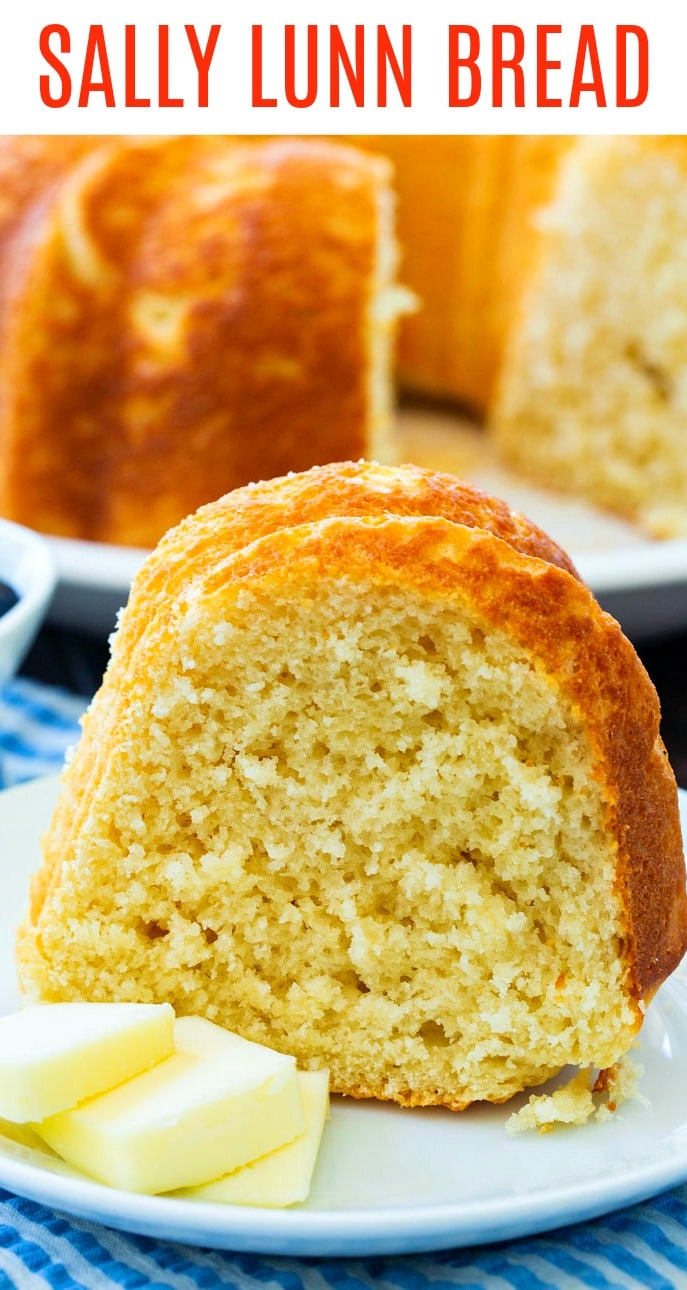