Slow Cooker Mississippi Pulled Pork is slow cooked with Ranch seasoning, gravy mix, butter, and pepperoncini peppers. So flavorful! This has become one of my favorite pulled pork recipes. 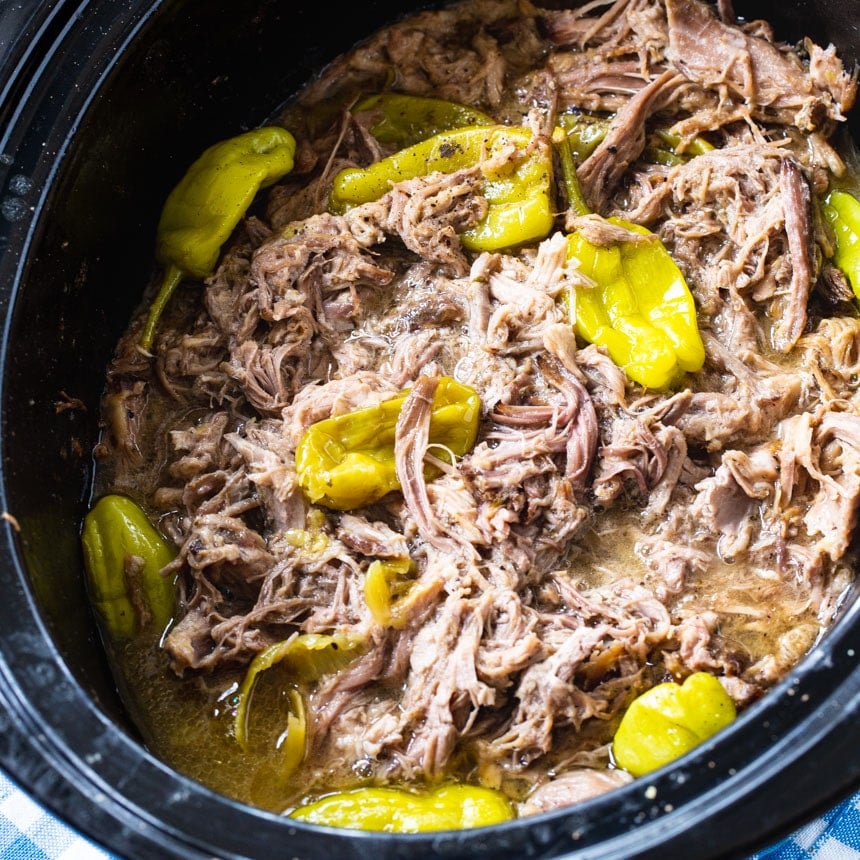 I get such rave reviews from friends and family when I make this Instant Pot Mississippi Beef, I’ve decided to make Mississippi everything. I adore the peppery kick of pepperoncini peppers combined with ranch seasoning. So tasty.

And it turns out the original Mississippi Roast recipe works well with just about any cut of meat. I also love this Crock Pot Mississippi Chicken.

Pulled Pork is one of my favorite things to make in a slow cooker. It’s relatively inexpensive and makes a large amount. You can either freeze some for later or get about 3 meals in a week out of it. Serve over rice or mashed potatoes or make a delicious sandwich with it. Just slather a sub roll with mayonnaise and add some provolone cheese. Place in a toaster oven until the cheese is melted. 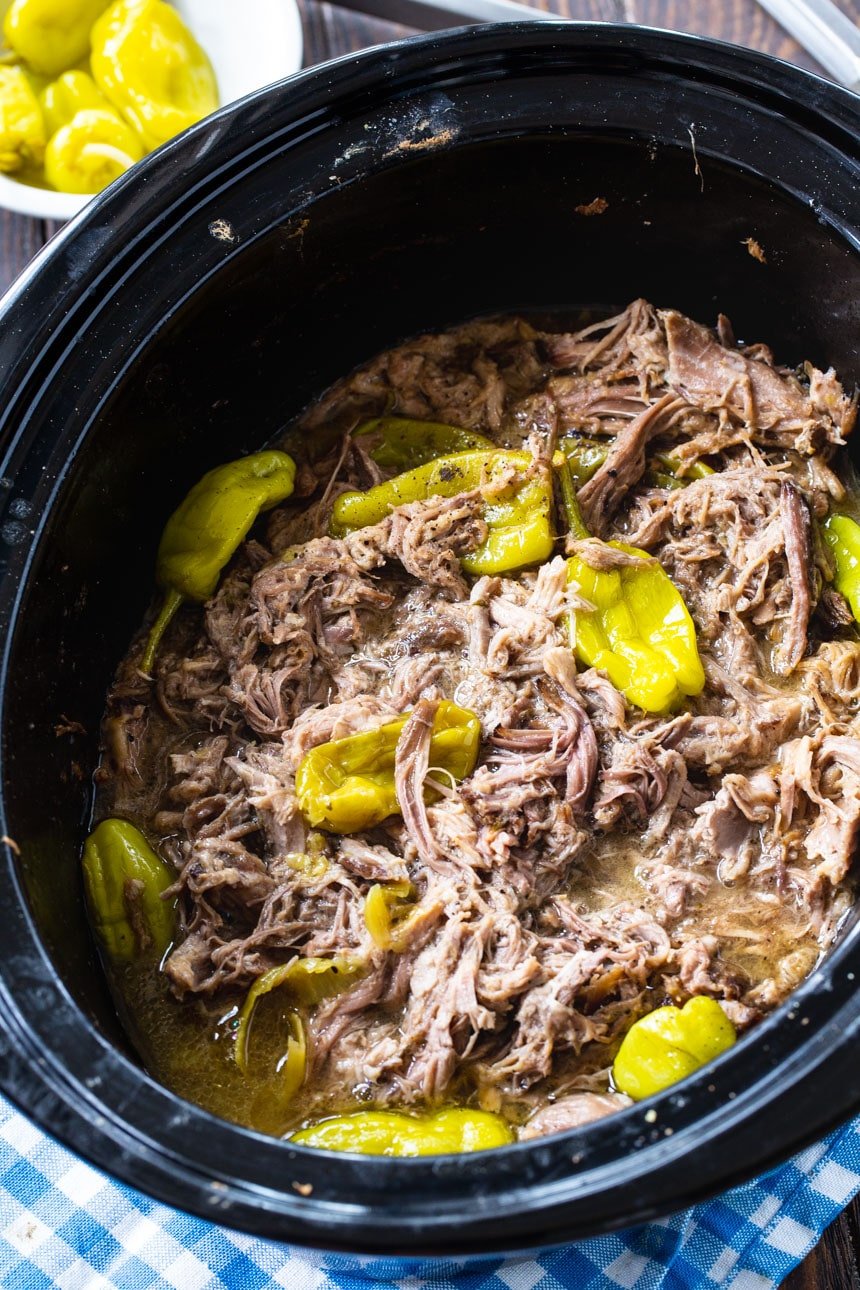 Freezes well. Place in a freezer bag and freeze up to 2 months. Thaw in the refrigerator overnight and then reheat in the microwave.

Boston Butts are very fatty. Try to cut as much fat off as you can before placing it in the slow cooker so your pulled pork won’t be greasy.

You can use either a bone-in or boneless pork butt. The cookimg time is about the same.  If you use one with a bone, the bone can be easily removed at the end of the cooking time.

You can skip searing the Boston Butt, but I really recommend it. It adds a ton of flavor. 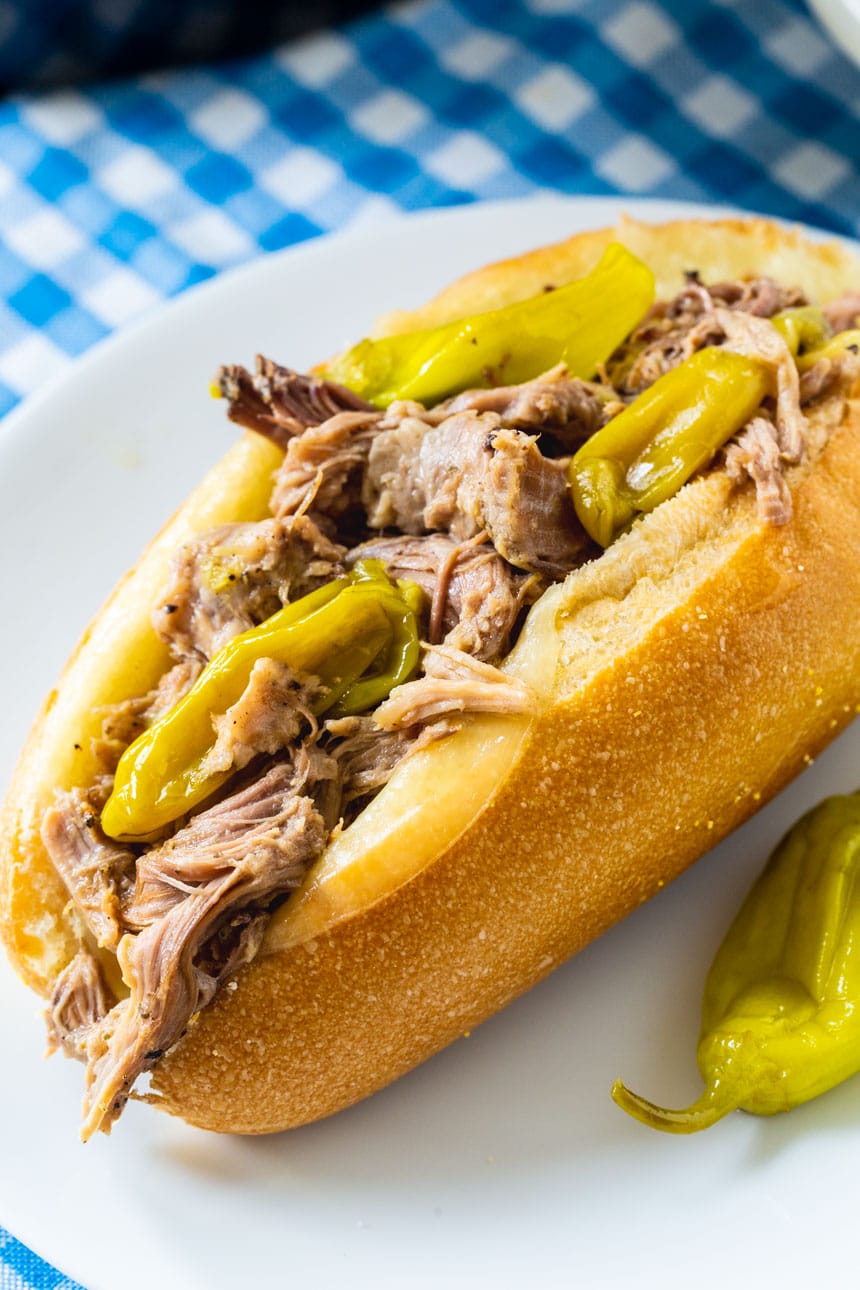 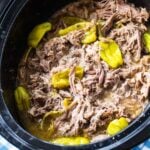 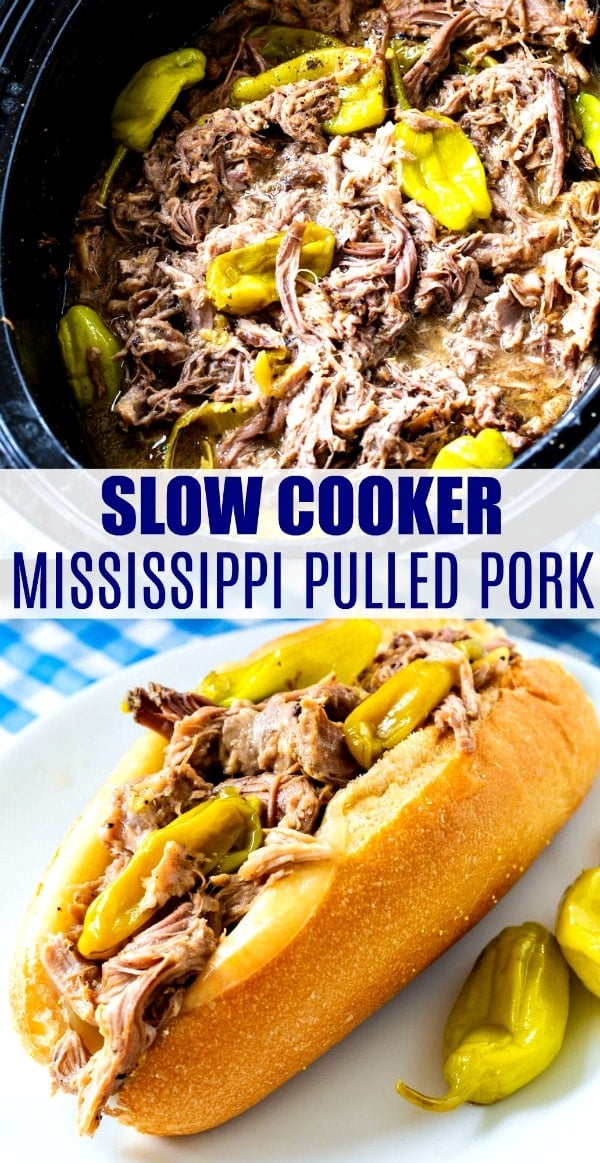