Slow Cooker Stuffed Peppers are filled with a ground beef and rice mixture with marinara sauce and topped with mozzarella cheese. The crock pot gets the peppers wonderfully tender and really brings out their flavor. 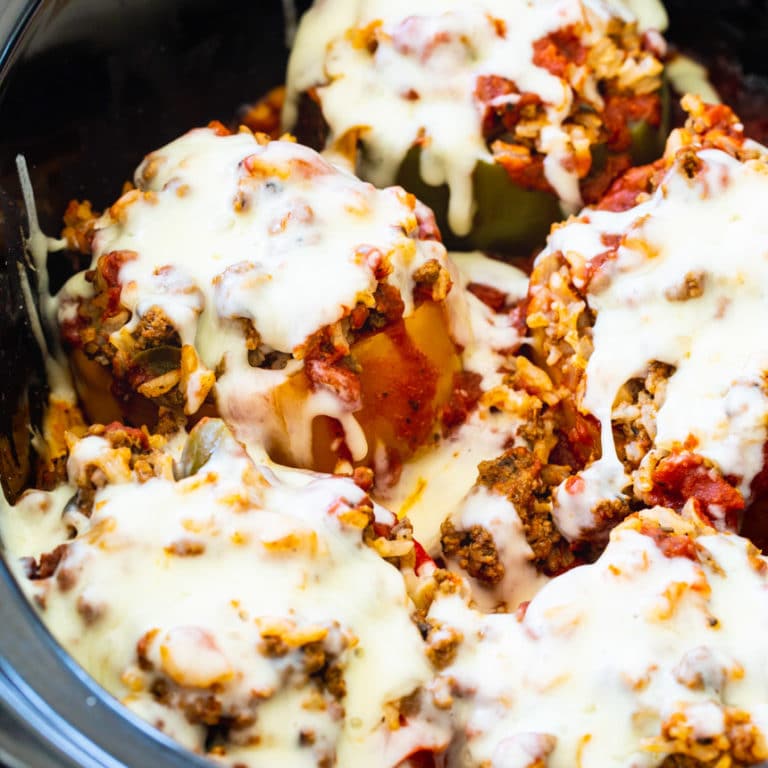 Weeknight dinners are so much easier when you use your crock pot as a kitchen helper. After 5 hours on LOW in the slow cooker, these peppers are perfectly tender.

Stuffed peppers are one of my favorite meals. They’re kind of a retro meal that makes good use of peppers at the end of the growing season. 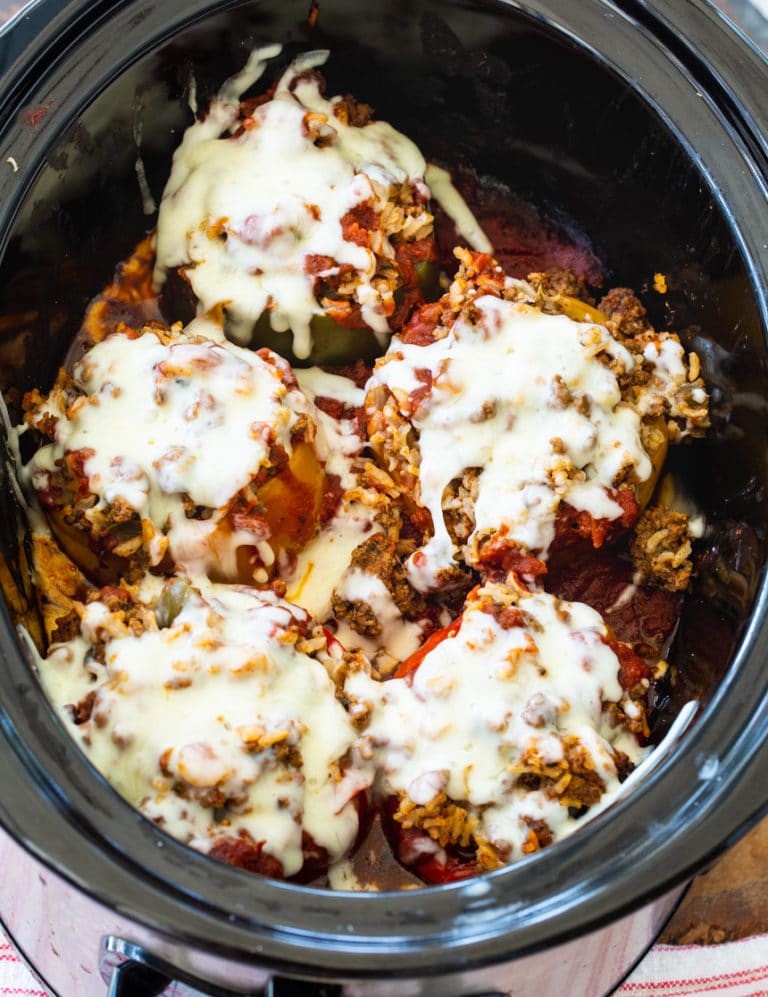 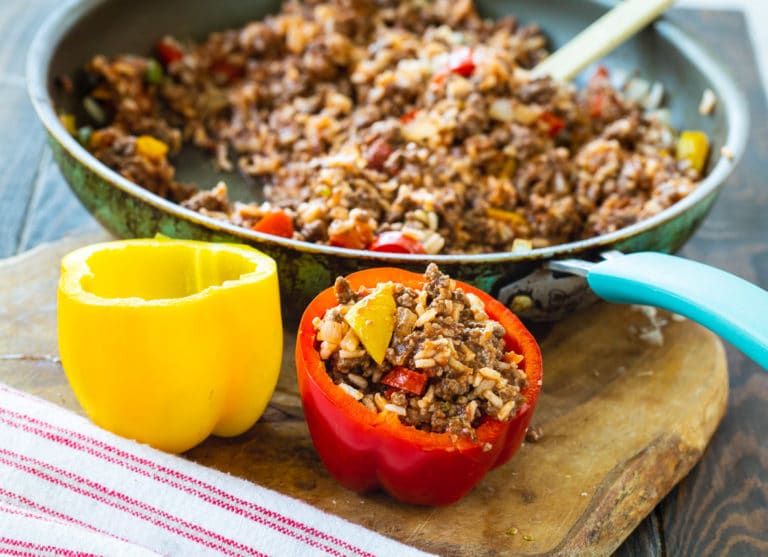 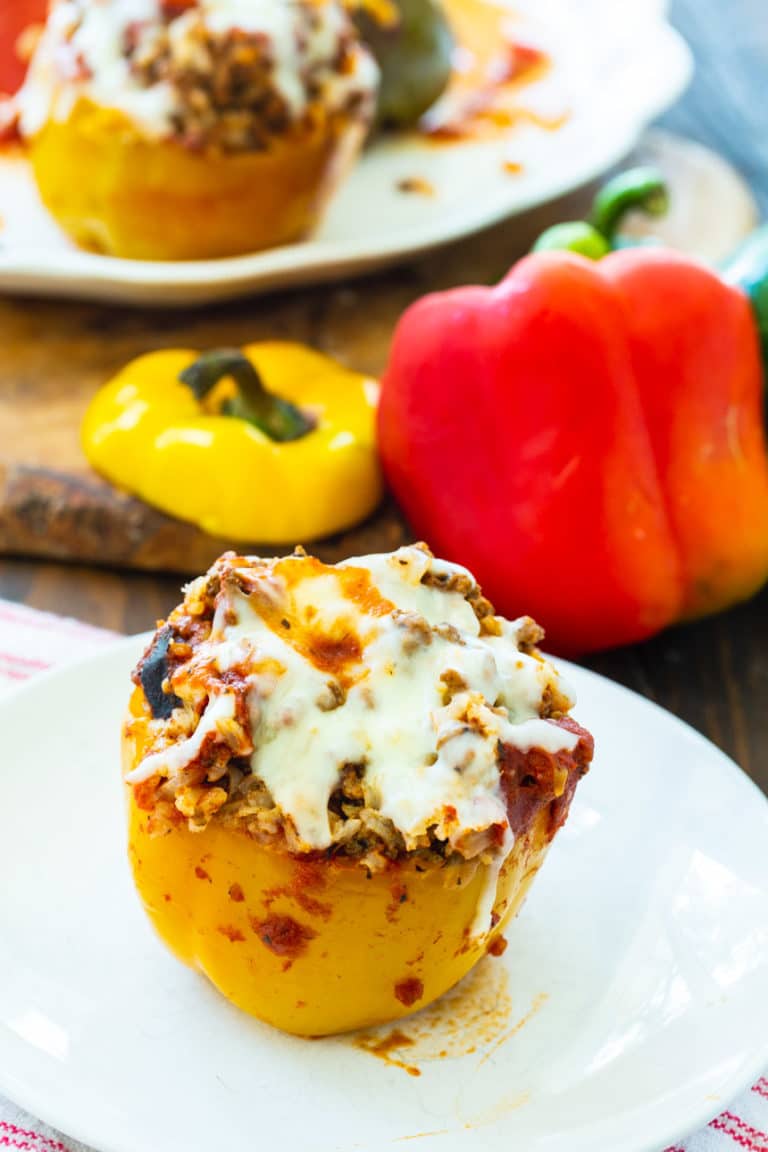 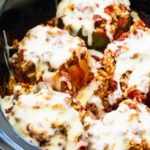 Slow Cooker Stuffed Peppers are full of a ground beef and rice mixture in marinara sauce. Topped with melted cheese for a delicious family meal!

You can skip pre-cooking the ground beef and add 1 hour to the cook time. 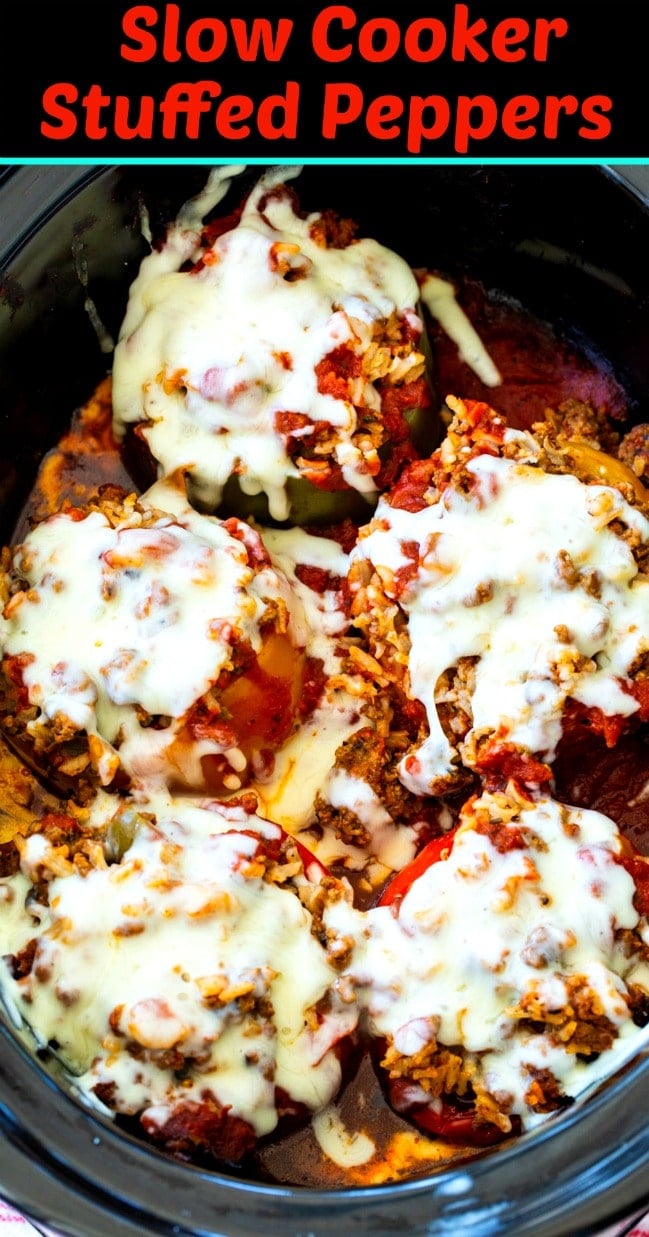