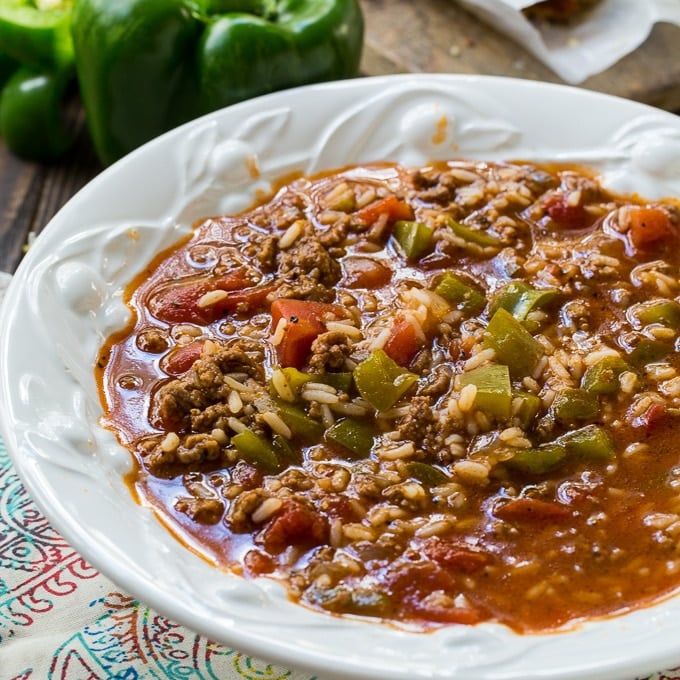 A bowl full of Stuffed Pepper Soup is warm and comforting on a chilly night. It’s an economical meal that will quickly become a family favorite. And it’s a cinch to make!

How To Make Stuffed Pepper Soup:

I like a really meaty Stuffed Pepper Soup so I start with 2 pounds of ground beef. Brown it, drain the grease off, and add the onions and peppers. Cook them down until they start to get soft and then add canned tomatoes, 2 beef bouillon cubes, water, some brown sugar for a hint of sweetness, and a few dried herbs for flavor.

I like to add the rice in just before serving or it tends to soak up too much liquid. 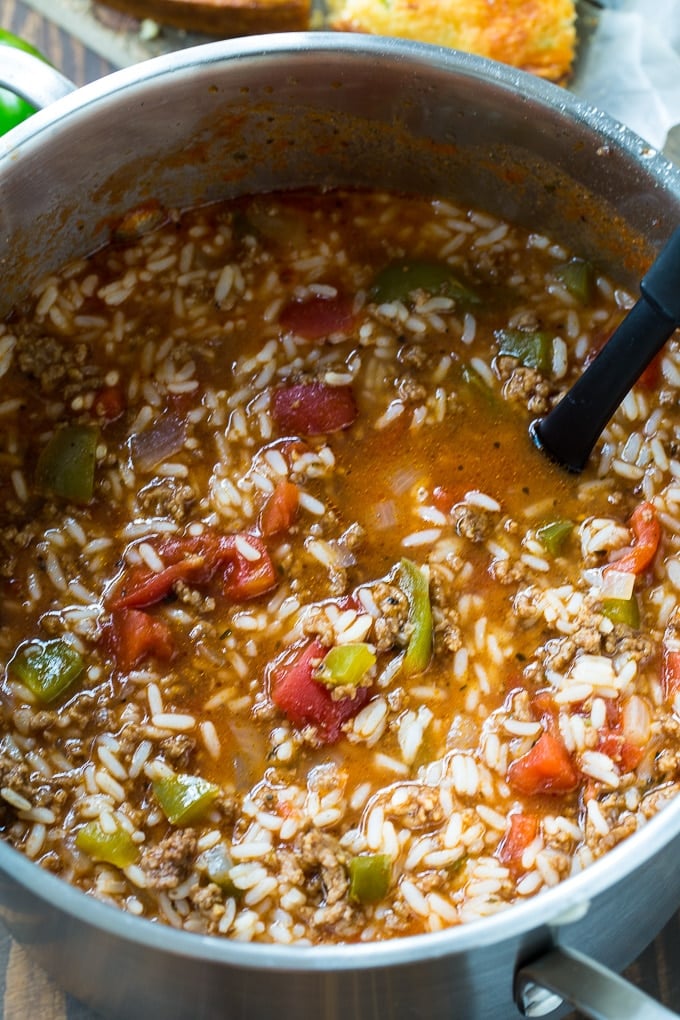 Serve with some crusty bread or Saltines crackers and you have yourself a meal! 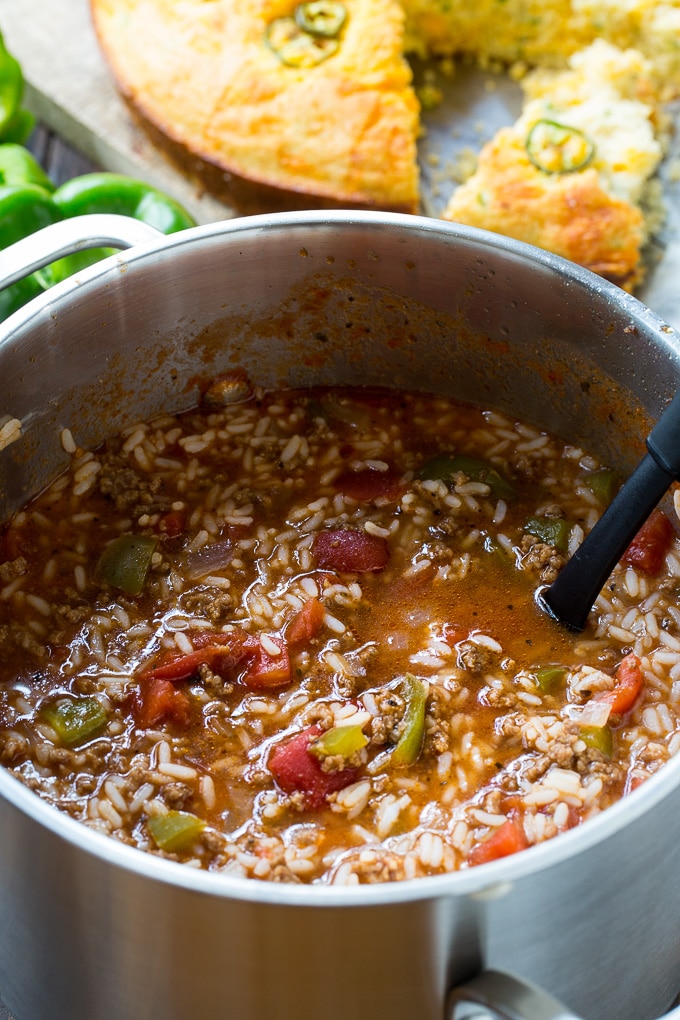 Make a batch of this Soup and see why it is like eating stuffed peppers without all the work. 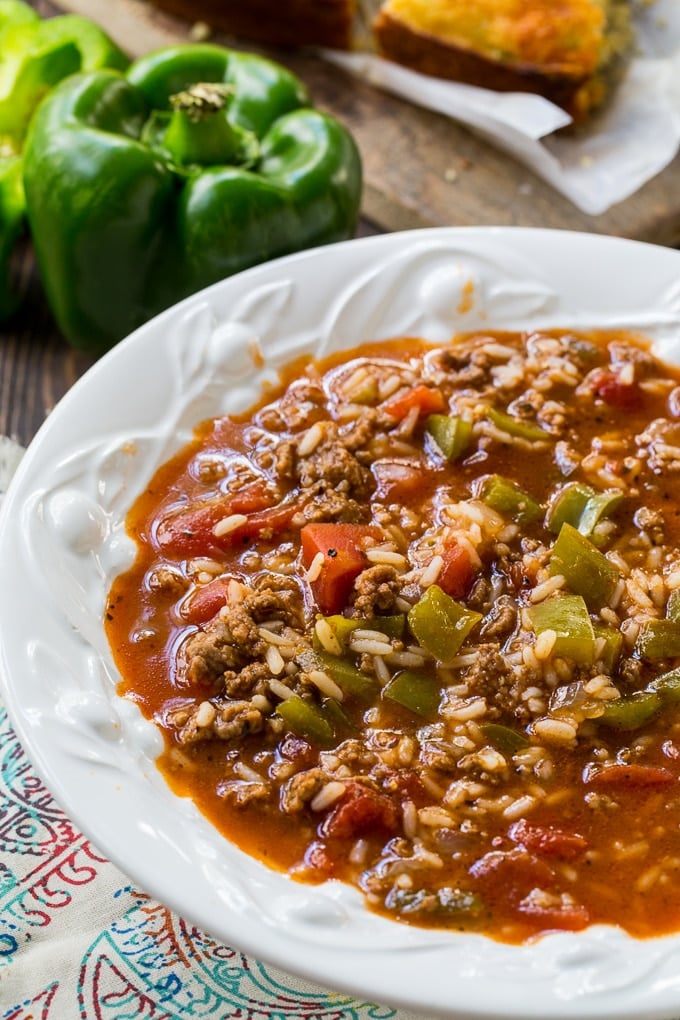 Watch the short video below to see how easy this recipe is to make: 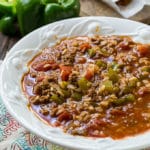 If you want to make your soup spicy, try adding 2 finely diced jalapeno peppers with the bell pepper. Or you can add a teaspoon of hot sauce.

Nutritional info is provided as an estimate only and can vary based on brands of products used,  measuring techniques, and cooking methods. 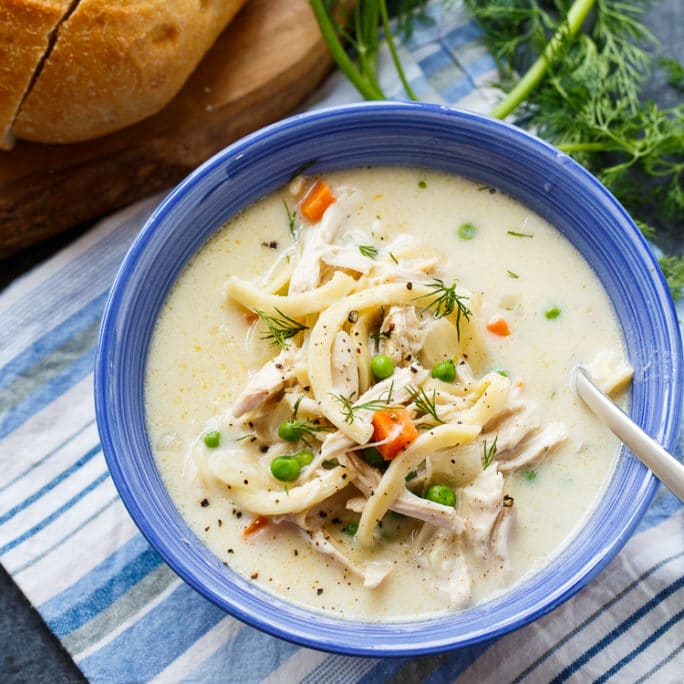 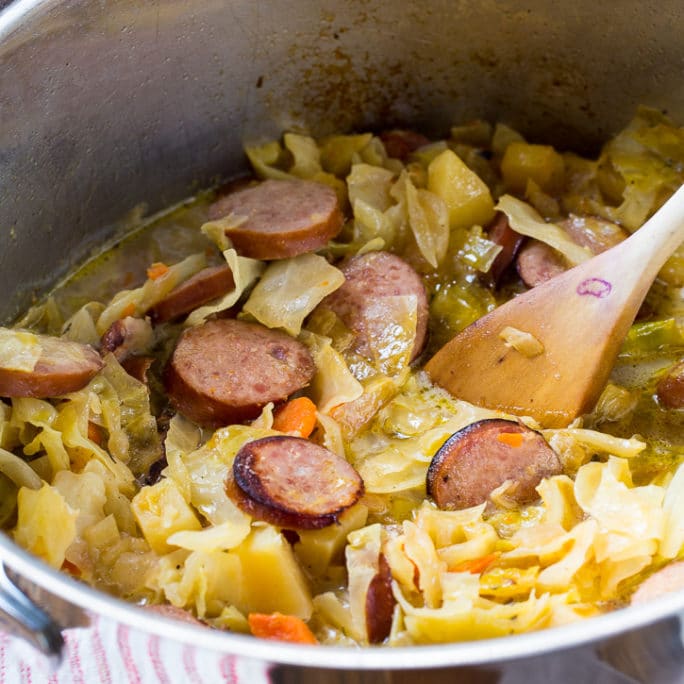